By the turn of the 19th century, Chicago was not just a city of stockyards and grain futures, but also of pianos. The city fed a nation’s growing appetite for homemade music. Conover brothers Frank and George moved their manufacturing from Kansas City to Chicago, became investors in the bankrupt Mason and Hamlin Piano Company, and launched a line of Richard-Gertz influenced pianos, of which this Model 77 was one. At 5’10” this grand proved highly popular and successful for the company. The Mason and Hamlin influence cannot be ignored. While the 77 did not have the celebrated Gertz-invented tension resonator system, the piano’s skeletal foundation characteristically contains plenty of lumber, including a laminated white ash rim 8 inches thick. Conovers are one of the country’s finest historic pianos.

For more information, call or email. 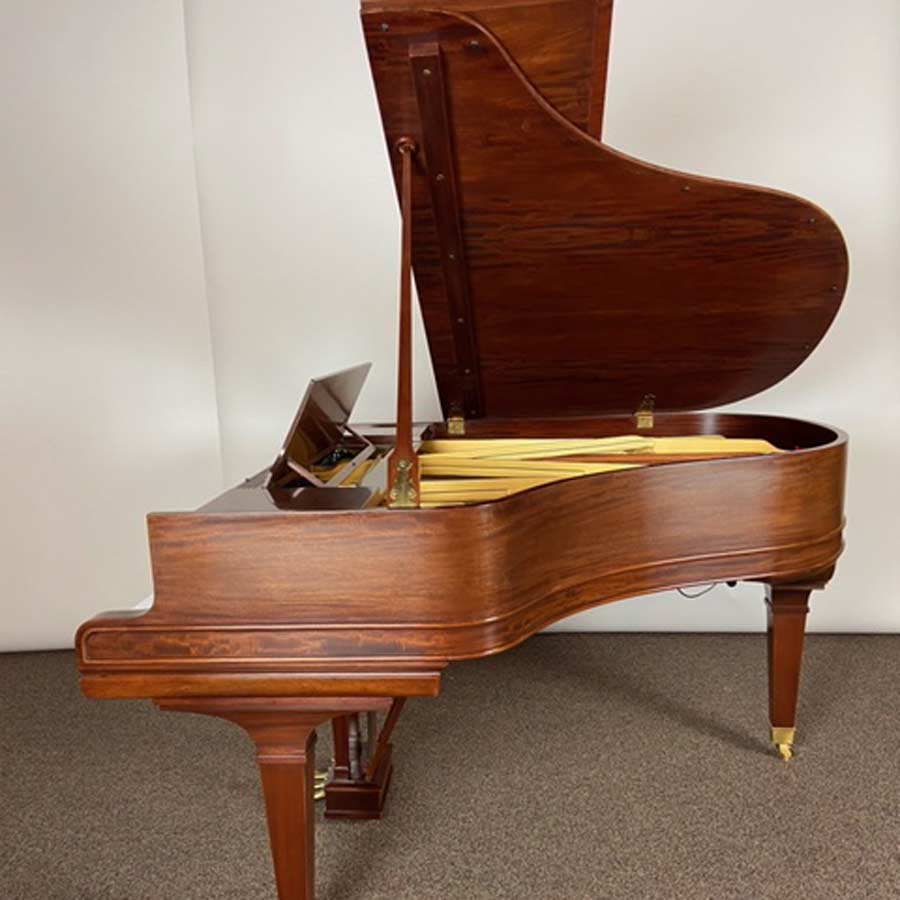